DISCLAIMER: DO NOT READ THIS WHILE EATING, THIS IS A SICK STORY 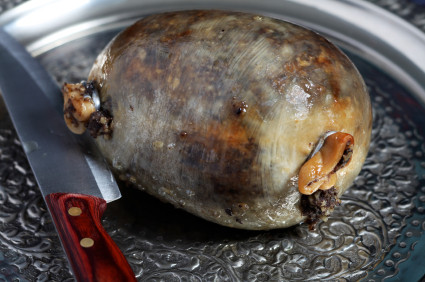 I never meant to drop the bum bomb in the old lady’s café, but that’s how this all started.  It was an old fashioned café on the back streets of Edinburgh, somewhere near the castle and the park, and there were only a few other patrons at the stained and smeary tables on that cold January day.  I’d had a curry the night before – my mum always told me to eat something spicy when unwell, ‘burn the bastard germs out’ – and I felt the familiar warmth curdling in my arse as I stood at the counter with its crumpled napkins and badly printed flyers for shows no-one had heard of.  Stupidly, I decided to brazen it out.  I didn’t realise – my nostrils blocked with lime green mucus – how truly bad it would be.

The few other customers started to retch, and I heard a woman gasp something about old drains backing up before a bloke by the door (first to make his escape) squealed ‘stink bomb!’ as he gulped back sick and lurched out the door.  The old woman at the counter, her hair black and grey and greasy with chipfat, turned white with fury and I could see the full circles of her irises, that’s how wide open her eyes went as she bollocked me.

“Look what you’ve done, why didn’t you go to the toilet for that, you smelly bastard?!”

Before I could even think up a suitably apologetic or noncommittal reply, “them that smelt it, dealt it” slipped out.  Along with another fart.  A wet one that made me wonder about the state of my pants and how soon I could slip away from the old crone and check them.

She spat in my face, a wet spittle that freckled my face with phlegm.  I turned and walked out, wiping my face on my sleeve as I did.  I needed a toilet and fast, for the shit was about to hit the fanny and I’d rather it rolled into the deep wet of the toilet than down my trouser legs to my ankles and the shoes that weren’t that comfy but were too expensive to ditch if I shat in them.  I made it to the dumpster bins behind the café, and binned the underwear now sticking to my crack as soon as I got home.

The next day I went out to find a haggis.  Not on some daft hunt like we tell the tourists, but to the chilled counter at the supermarket near my flat.  My family was coming over for Burns’ Night and it was my turn to sort the cooking this year.  Vegetable soup from a tin followed by entrails and oatmeal, served with mashed potato and turnip, then cheese and oatcakes.  Delicious, especially when washed down with Irn Bru or whisky.  They’re not that easy to find, especially at this time of year, even in Edinburgh, and I ended up abandoning the hunt in the supermarkets and trying some of the tourist traps in the grey hilly streets by the castle.

One had only the vegetarian kind left – I imagined my granny keeling over with the horror of it – and the next to stock anything haggis-y only had it in tins.  Again, heresy.  Finally I tried a wee stall at the temporary market in the park.  There by the silver earrings and fudge, and fancy hats made with llama wool, was a tiny stall attended by an old woman readying herself for home.  She had only a couple left, and I grabbed them, sniffing back the thick green mucus that had kept me feeling full over the last few days, every sniff sending clots of the stuff ricocheting off my tonsils to my stomach.  Sometimes it stuck halfway and I had to swallow hard to get it moving again or cough it into my mouth and chew before trying again.  It saved me a few quid I’d have used for food, anyway.

She looked vaguely familiar, but I couldn’t place her and didn’t care enough to really try.  Just gave her the money and headed for home.  When I got lost and retraced my steps past her stall there was no sign it had ever been there, just an overflowing bin in its place, sandwiched between stalls selling jam and chutneys and another one with little glass dogs.  Oh well, perhaps the cold meds were making me fuzzy.  I shook my head and carried on.

That night my family came round and I cooked up a storm.  The soup was pronounced homemade by my Granny, and nobody guessed it tasted like that because I’d mixed several brands together in a big pot and added pepper.  We filled our plates and stuffed our faces, and a few hours later fell into the comfy chairs beside the fake fire for a rest.  It was just as well it was fake, haggis is a spicy beast, and potent at that.  Dad wafted an old copy of FHM about, but if anything that made it worse.

At first I thought everyone was just nodding off after a good feed, but when my dad’s mobile went off and nobody moved, I realised there was more to it than that.  Shifting my sulphurous arse out of the chair – I half expected to see scorch marks on the seat cushion behind me – I gave him a shake.  Then mum, my granny, and my sister Sarah.  Nothing.  The phone had stopped ringing by the time I found it in his cardigan pocket, next to his wallet and a pot of mentholated salve that I remembered him dabbing below his nostrils when I was a child, at around this time of year.  He’d come prepared.

In shock, I stumbled into the kitchen, running the cold tap as I hunted for a mug or something to put it in.  Bugger the soft furnishings, I’d seen plenty of people doused in the movies and it might just work.  I was distracted by something I saw on the stack of rubbish waiting to be stuffed into the crammed-full bin.  The white newsprint the haggis’ had been wrapped in was now covered in writing I could have sworn wasn’t there before.  Spreading it out on the counter, I read:

“I curse you, stink-arse, I curse you and those around you as you did me and my business with your odious fumes.  Thrice back at you, thrice and thrice again.  There’s nought can waken those that breathe your vile arse’s breath.”

Standing in the doorway of the kitchen, I gazed at my family.  Annoying but amazing, I couldn’t believe they’d never badger me again.  Water didn’t wake them, nor pinching, slapping, or shouting in their ears.  Even when I told them I was going to vote Tory.  I called for help, used my dad’s phone to ring for paramedics, and slumped in the doorway, my stomach still roiling and bubbling away.

I believed the writing, believed the curse.  One by one my family turned blue, and I waited for an ambulance which never arrived.  The phones were all dead now.  I got some tissue from the bathroom and blew my nose, hard, snot filling square after square of soft paper, thick yellow gunge reminding me of slug entrails on the pavement after a rainy night, or the time I walked in on a flatmate on the toilet, who it turned out had an STD.  Eventually my nose was clear.

I breathed deep.  The room still smelled of second-hand haggis.  Farted again to be sure, a phut noise escaping pants that would have saved lives had I taken Sarah’s advice and lined them with charcoal for a filter.

The room spun around me and I was grateful for one thing as I closed my eyes.  You always like your own brand.