“Oh dear God / It is midnight in the labyrinth”

Day 1: Counselor suggests that college is stressful for everyone and keeping a daily journal might help my anxieties. Don’t know what to write.

Day 21: Didn’t finish my lab, so I decided just not to go to class. Not sure if that was a good idea. I think my roommate stole my chocolate ice cream from the minifridge.

Day 36: Awoke completely nude. Strange, as I always feel awkward sleeping right across from my roommate and make sure to sleep in a t-shirt and gym shorts. He probably saw my boxers on the ground at the foot of the bed. Had the feeling of a nightmare, but no memories. 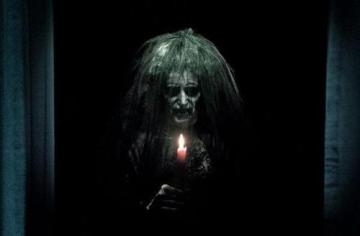 Day 40: Awoke to my roommate saying, “Dude, are you okay?” I saw that there was a pool of blood soaked into my pillow, already turning brown. I responded, “My tongue hurts, must have accidentally bit it in my sleep.” Morning wood more prominent than usual, which felt embarrassing. Feeling of nightmare upon rising has been consistent. Difficult to shake, even while waking.

Day 41: Felt apprehension about sleeping and stayed on the computer all night, nodding off around five am and having to wake and go to a day of classes. Fell asleep during economics lecture and had the most amazing sex dream. My memory of it is fragmented though, more a memory of feelings than events. It felt like something was wrong, like it wasn’t the appropriate time for sexual activity (which makes sense, as I was in class), but I wanted it really bad anyway. I started awake upon orgasm, hoping I hadn’t made any noises and that any wetness in my dark jeans would go unnoticed.

Day 42: Passed out uncontrollably after dinner previous night. Sex dream continued, but twisted. Again, remember only in fragments of feeling. There was a woman with long, flowing blond hair. My hand was sucked into the pit between her legs even though I was resisting. I remember pain. Awoke to little scratches on my hand as though I’d stuck it into the thorns of a brier. How could that be? Freaking out. Not sure what to do.

Day 43: Crashed on the floor in Chester and Mike’s room last night. Dreamt vividly. I was in massive city, New York or something, but I was the only one there. Everything was painted a sickly green color. I was trying to get somewhere, but it was like I was navigating a maze, reaching dead ends and moving in elaborate circles. A whisper started to beckon me, a beautiful female’s voice serenading me. Abruptly awoken to the smell of coffee. Chester illegally keeps a Keurig machine in his room and decided to wake me up by shoving a cup of hazelnut coffee in my face.

Day 44: Continued to stay in Chester and Mike’s room. Fragmentary dream, I remember fellatio. When I awoke, the two guys were staring down at me with looks of horror on their faces. I realized I was on top of the blankets, nude, with dried semen crusted on my stomach. Couldn’t find my clothes and Chester let me borrow his. I confided in them the nightmares that had been tormenting me. Mike told me I needed to see a shrink. Said he’d learned about “this” in Psychology 101. Freud. Dreams. I needed to be psychoanalyzed. Didn’t know how I could go about seeing a shrink.

Day 45: Went out with everyone and got drunk. Memories hazy. Went back to room with girl from the bar. The sex was amazing until I looked down and realized there was blood. “Are you on your period?” I asked her. She looked down and shrieked, “No!” I withdrew from her and found the condom in shreds.

Day 47: Was walking to class and decided to cut through the grass rather than take the roundabout path. Slipped in some mud and realized I was being sucked into some sort of pit. I shouted as I tried to free myself. I was sucked deeper and deeper until I landed on the sidewalk of the abandoned city. Wind howled in place of silence. As I took a step forward, all the buildings fell around me, but actually I was falling or flying. Awoke sitting in class, uncertain of how I got there. When the professor announced the fifteen minute break, a girl with long, blond hair dropped a folded piece of paper on my desk and stared at me with haunting green eyes as she passed on her way out the door. I unfolded the note and in red ink was scrawled, “Why resist?” I jumped up, shoving desks out of my way as I ran after her, but in the hall I couldn’t find her, and she never returned to class.

Day 48: Awoke in a small pool of blood. Had dreamt vividly of cunnilingus. At first was enjoyable, but then she started to force me in too deep. I thought her hands were pushing on the back of my head, but I realized they weren’t – I imagined they held a deathgrip on her own breasts as she writhed in ecstasy. As I was sucked in deeper still, there were two immediate problems causing me to panic: the first, it was suddenly impossible to breathe – it was as if I was sinking into a bog head-first and had just taken in a deep breath of mud; the second, sharp pain attacking my tongue and other parts of my face. I pushed on the back of her thighs with both hands, attempting to free myself. Her moans turned to groans of disappointment as her legs wrapped around me. It seemed hopeless, but suddenly I was awake. Mike and Chester were standing in the doorway, mouths and eyes agape.

Day 48 (continued): Was sitting in economics lecture, unable to pay attention, when twenty minutes into the class, the blond girl from yesterday strode into the lecture hall. She stood in front of the guy sitting next to me and wordlessly, he grabbed his books, got up, and moved to another seat. As she sat down, she gave me a wide smile with her pouty lips and leaned over close enough to put her hand on my leg. Felt scared and horny at the same time. She removed her hand and opened a notebook on her desk. When the professor announced the break, she slowly placed a folded-up paper note on my crotch. “I’ll see you tonight,” she said entirely in her throat. She flicked her mass of hair behind her as she sauntered out of the room. I watched her leave before unfolding the note. In browning ink she had written, “S.E.F.T. Room 15. Midnight.” It’s eleven thirty now and I’m going to see her. Can’t decide if it’s because I need to know what’s happening to me or because she’s the sexiest woman I’ve ever seen.