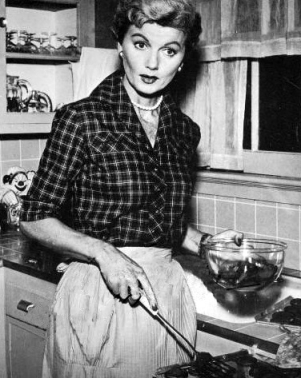 “He was a terrible husband,” my mother said, “but he makes a wonderful zombie!” There must have been something of our uncertainty showing on our faces because she rushed to add, “Don’t worry children he is very much the same.” She turned her attention back toward the husk that had been my father. “Mindless, save for the pursuit of his own selfish needs.” That day my father became more like a family pet. My older brother was responsible for feeding him; the stench of raw meat was ever present in our house. Mother’s favorite admonishment became, “Behave! Or I’ll feed you to your father!” and we never doubted she would.
It was three years before I realized how crazy she was. I just turned eleven and stayed up late reading my new comic books when I heard a muffled scream. Concerned for my mother, and still devoted to her as only the youngest of five children can be, I carefully left my room and followed the odd noises to the basement. The door was ajar and after a moment of hesitation I tiptoed down the stairs. My attempts at stealth were inadequate, and as it turned out, unnecessary. She heard me coming and looked over her shoulder. Instead of being angry when she saw me she smiled and gestured for me to join her. As I approached I could clearly see inside my father’s cage.
I had seen him many times over the past three years and learned to ignore the sight and scent of decaying flesh but this time he wasn’t in the cage alone.
There was a woman, she screamed at me around the gag in her mouth. Her hands were bound behind her and my father pinned her against the wire mesh. Her white skin leaked its pattern. Her eyes stared at me and I thought I saw a question in them, a plea, before they opened wider as my father bit her shoulder and ripped off a chunk of her skin.
“Mother?” I asked, incapable of forming any specific question.
“He looked so lonely.” She said, barely containing her glee as she watched him take a bite from the woman’s thigh. “He enjoyed her company well enough in life, I thought he would enjoy it more so now.” She smiled and we watched until the woman was silent on the floor and my father began to shamble restlessly once more.

3 responses to “My Mother’s Revenge”