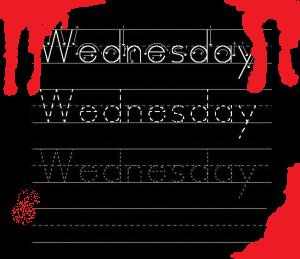 No one wanted to die, no one really does, even though they say they do they really don’t, but he killed them anyway, he killed them and poured gas over them and lit them up, watched them burn into crisp corpses, then left the scene and went about his business of living.

This was a Wednesday, the day he hated the most, he hated it since he was a kid, it was when he got beaten in mid-week altercations with his father, but that was then and now the Wednesdays have gotten worse, he killed all of them on a Wednesday, burned them, left the scene, that was it, it felt so fucking good, Wednesday.

Who were they but people he met at a party, they asked him to join them for drinks somewhere else, he joined them, listened to their chattering stupidity, how they tried to engage him, get him engaged in their wine-drenched bullshit talk, as if he were the best friend they ever fucking had. Fuck them, he thought then, and Fuck them, he thought now. Fuck them and their over-dressed lives, their armadillo faces, their pointy noses and beady eyes they used on him as they tossed their hands around, sometimes patting his shoulder, laughing their eyes against him, knowing (he fucking knew they knew) he wasn’t really one of them but succumbing to his presence anyway, a form of life they allowed at the table with all those Wednesday drinks and Wednesday words and Wednesday laughing mouths.

When the after-party was over they asked him to come with them, to come to someone’s house, a big house, a house with lots of rooms and more drinks and so much more bullshit to talk about, would he want to join them?, would that be okay?, want to?, yes?, okay good, they smiled and he joined them, he followed them in his car and they got there and opened the door and let him in and when everything got to be too much (it was too fucking much already) he asked to use the bathroom but went to the kitchen instead, it was just right over there, went to a drawer, then another one, then another, finally found a large knife, big enough to be menacing and shit, then went back and found them drunk on the sofa, kissing their lust all over each other. He stood before them, the Wednesday knife ready for killer, ready for blood.