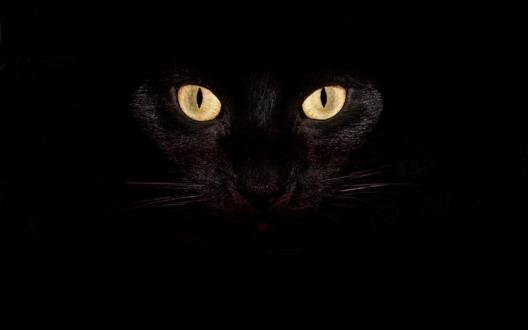 Whiskers singed from a mouse encounter; up from the bowls; returned to flout her.

Tiny morsel refused his debt from a feline end on a streamed claw set.

Into the cupboard and followed the pipe; green eyes hunt with a phantom’s sight.

Twist and turns from the skirting neck, beneath the boards and along the deck.

Tails low, they crawl at leave, in a tightened space where they hardly breathe.

Scurrying on, darkened sprite, that copper springs sang through the night.

Cornered, twitcher turns to glance with a devil’s burn for a Hell’s romance,

And faces, sharpened, pointed teeth of a pincer’s tear as incisor grief.

Nose sniffs between the cracks, paws push through crevice; aloof the rats.

Senses find all’s not as first seen: A purr-gatory of a life in-between.

Deadly game, a fleeting of the fur, that instincts dance yet won’t deter.

Larger grew the prey once sought, a vengeance asked that darkness brought.

Killer flew with upward bound, the beast behind now of scuttled sound,

But no matter what the plan exposed, with added weight was juxtaposed.

Sleekest shape did bound back the led of a lined long loop with a streamlined head.

Rocket pipes drain; she ignites once more; tail between engine for a feline roar.

Large detractor follows up to flank with a price of vendetta below swollen plank.

Bursting forth from ash and soot, that curiosity beckoned and burned underfoot;

A struggling monster, disadvantaged by size, now falls to the feet of a cat unsurprised.

Returned to non-supernatural of form, that her mistress’s bed foot corpse would adorn;

A loyal companion gasps its last breath, whilst mouse that did haunt had found death.